The mountain panorama as a metaphor for life 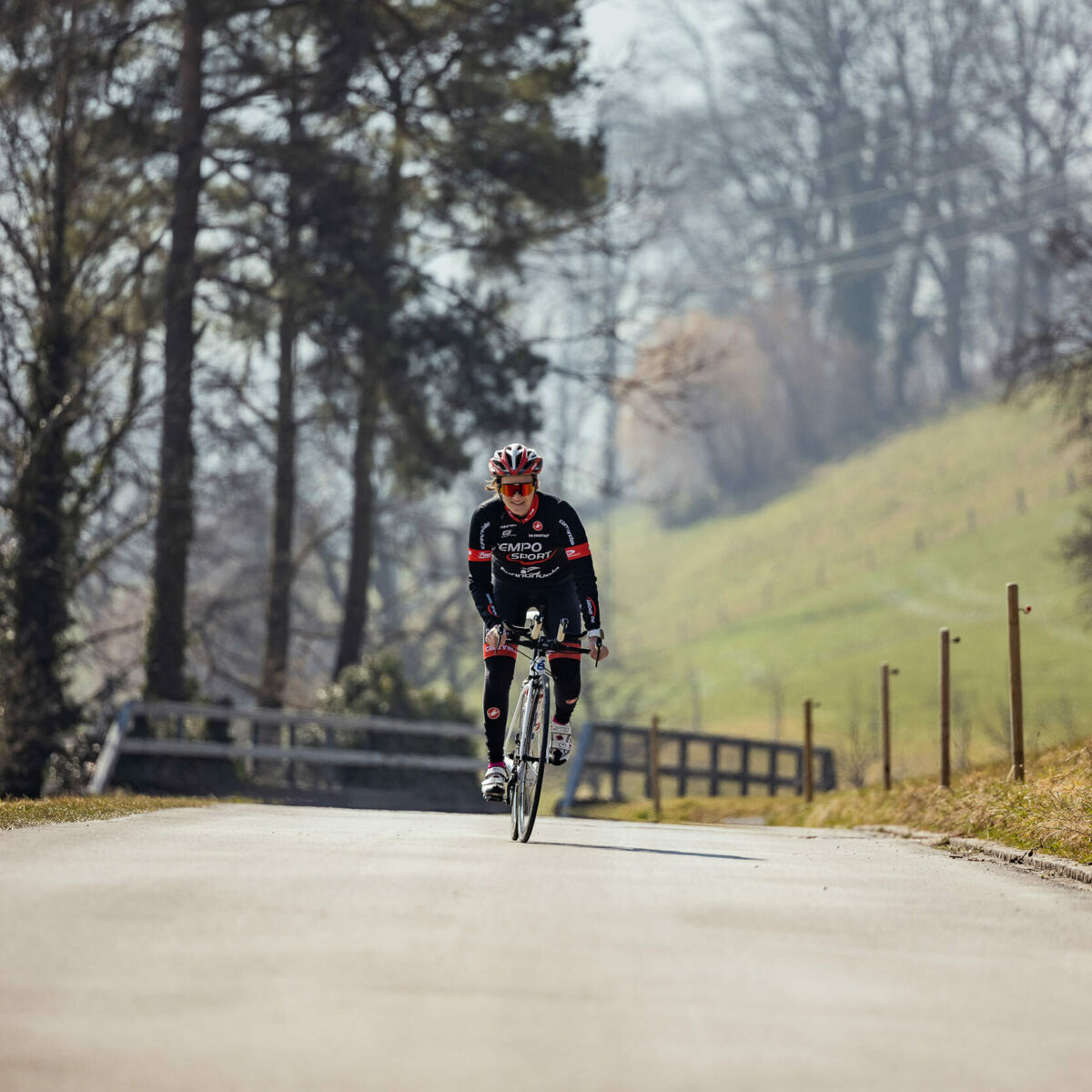 There are people who have an indomitable drive to move forward. Whatever they do, they do it a little faster, a little better, with a touch more obsession. Anne-Sophie Morand is one of those people. Or to be more precise: she used to be. Until she broke three ribs in a competition and the coronavirus imposed a further break on her competitive career. Now she is just faster and better. That starts with the pace at which she tells her story.

Anne-Sophie Morand powers her most photogenic triathlon bike up the Sonnenberg in Kriens, 200 metres up, half a dozen bends in the direction of her favourite place. She is repeatedly drawn up here, she says, while she stops for a moment to enjoy the panorama, the view into the distance, the peace. To become at one with herself and the moment. 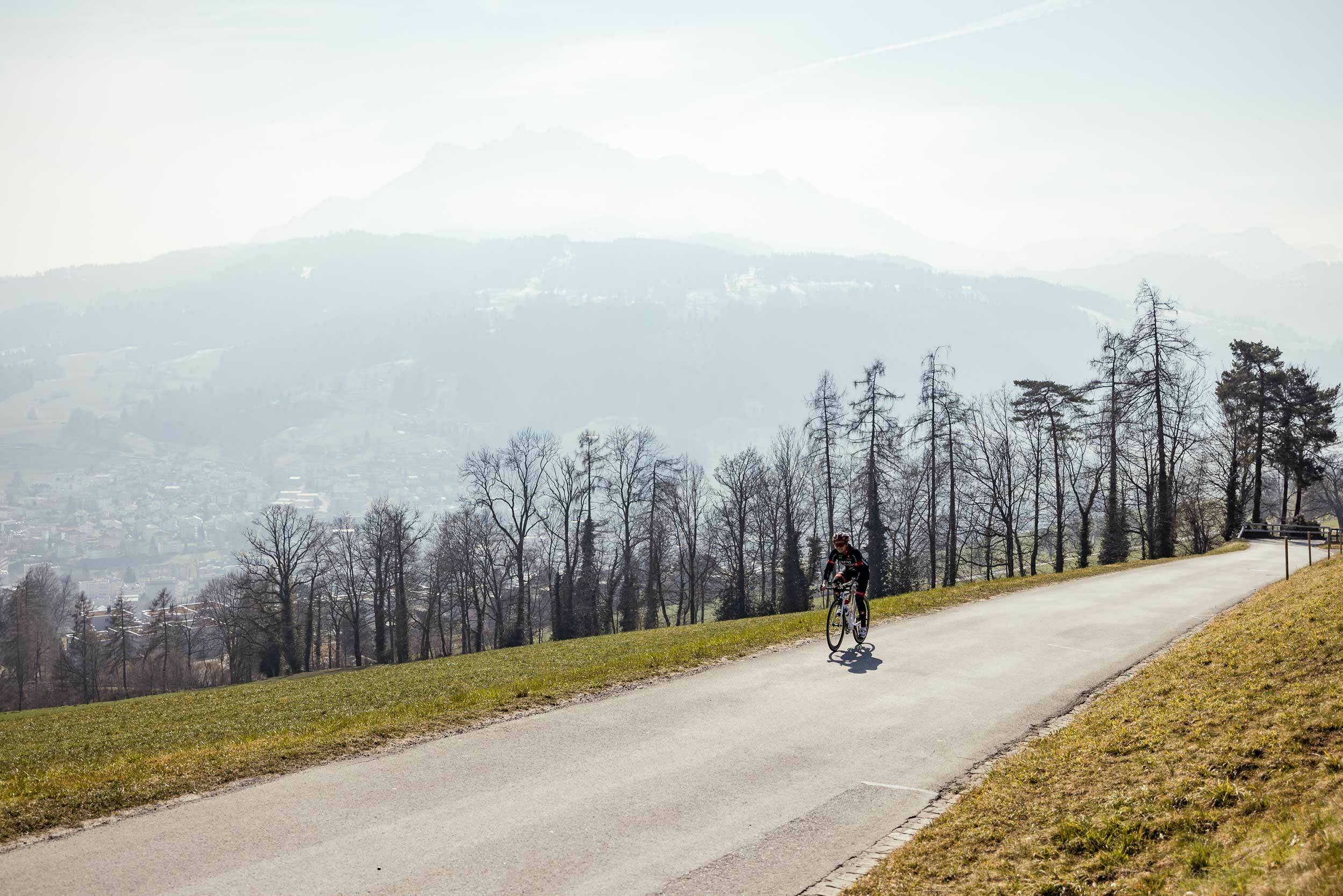 The route would actually be a piece of cake. Would be: her favourite bike, the blue and white Cervélo, is made for flat roads, it does not translate well to mountain climbs. This leaves Morand short of breath for a moment, really only a brief moment. Then she tells her story. Her training sessions on the bike, riding up the narrow roads, jogging in the nearby Wolfsschlucht, that “mystical place”, riding her bike up here in the forest.

And she talks about herself. You can find connections with almost all areas of life from up here.

With her home. The view of two arms of Lake Lucerne, of the Pilatus, Rigi, Stanserhorn and Bürgenstock. The water, the mountains and the distance, “I get homesick for this after the shortest time”, says Morand. During the pandemic, she bought a tent for the mountains. She wants to use it to get closer to Switzerland, deeper into nature, experience her homeland in the remotest corners. She hiked for days with something stuck in her foot to do so. 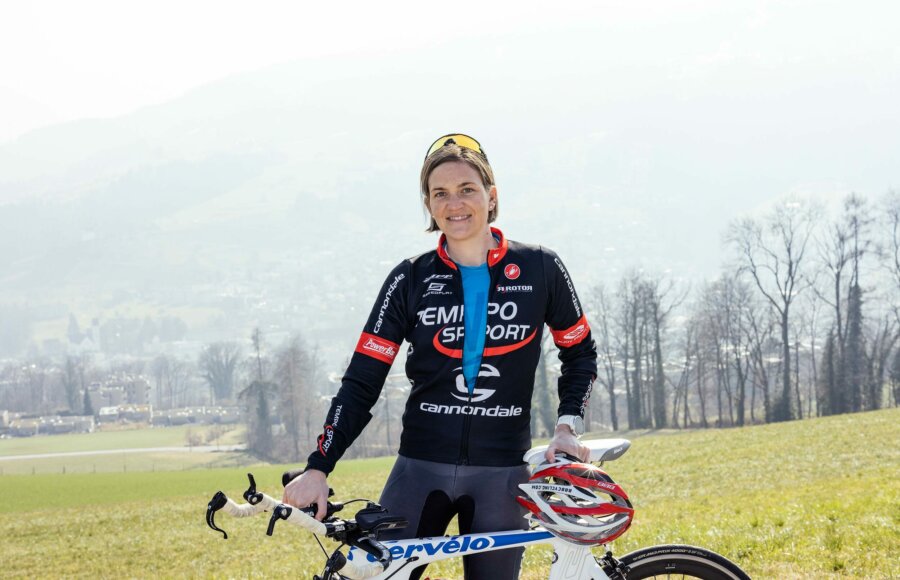 Her sporting passion. Nature is made for the triathlon here. When you are swimming: you can look up at the Pilatus when you take a breath. When you are running: you can look at the Pilatus and remember how you used to race up the mountain and take the cable car back down. When you are cycling: you can look at the Pilatus and focus on your rhythm. The unrestrained side of Anne-Sophie Morand can be compared to the power of the mountains. “I have always wanted not just to find my limits but go beyond them. The question is: how far can I go?” If the standard triathlon is not enough for that, there is always the Inferno Triathlon and the Gigathlon. Another important question for Morand can be answered here: “How hard can I be on myself?”

Anywhere else – and in Lucerne, her Lucerne.

Her background. Anne-Sophie Morand grew up a little further down the Sonnenberg in Kriens. She played football there with the boys from the area. Secretly, her parents considered football unsuitable for girls in general and for Anne-Sophie in particular. But she made it as far as the National League A in football. She also played tennis in Kriens, with Valentin Stocker, the well-known footballer. They were both in the Central Swiss Junior Tennis Squad. She has always set herself ambitious goals, says Morand, “I have always wanted to do really well at everything.” So she has spent a large part of her life in competition mode. Even when it comes to drawing and painting, she won competitions when she was younger. At 14, she knew that one day she wanted to become a lawyer.

Her limits. Anne-Sophie Morand was a driven person. After her football career, she trained with a private trainer, keeping meticulous records about her performance, searching for her limits – and finding them. For the first time in 2016, when she fell while inline skating during the Gigathlon, broke three ribs and – after over 200 kilometres, a climb of 4500 metres and 15 hours – still reached the finish line, but then realised she had to take a break from competition. For the second time in 2020 because of the coronavirus. Another enforced break in competition. And plenty of time to reflect and gain perspective on her life. “Why am I always looking for competition?” This question went round and round in her head. She repeatedly reflected on it up here on the Sonnenberg, too. She did not find an answer. But more peace in herself. 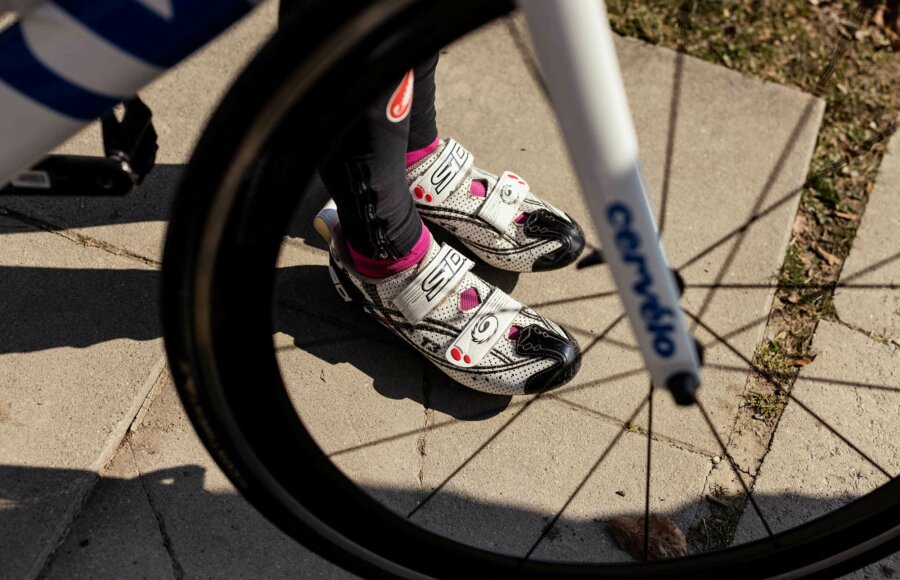 Her search. The search for her limits has given way to a search for the state that Morand describes as “being in the moment”. When she is competing in sports, she switches between daydreaming and a meditative state of being in rhythm. Or when she is training. Then she listens to podcasts (at normal speed) when she is jogging.

Especially podcasts: they occupy an increasingly large place in Morand’s life. She is extremely curious and listens to a huge range of broadcasts. “Ambition is often seen negatively”, says Anne-Sophie Morand. Because the positive is overlooked: “An essential component of ambition is the capacity to become inspired by something.” How true that is becomes clear on the Sonnenberg, high above Lucerne, “my Lucerne”.

has been working at Walder Wyss in Zurich since the end of 2021. She advises clients on questions relating to data protection, information and technology law. The 34-year-old is a competitor: her CV reveals that, as do her sporting achievements. And she is a local patriot who, since she moved out of her parents’ home at 18, has always lived in two places. Anywhere else – and in Lucerne, her Lucerne.