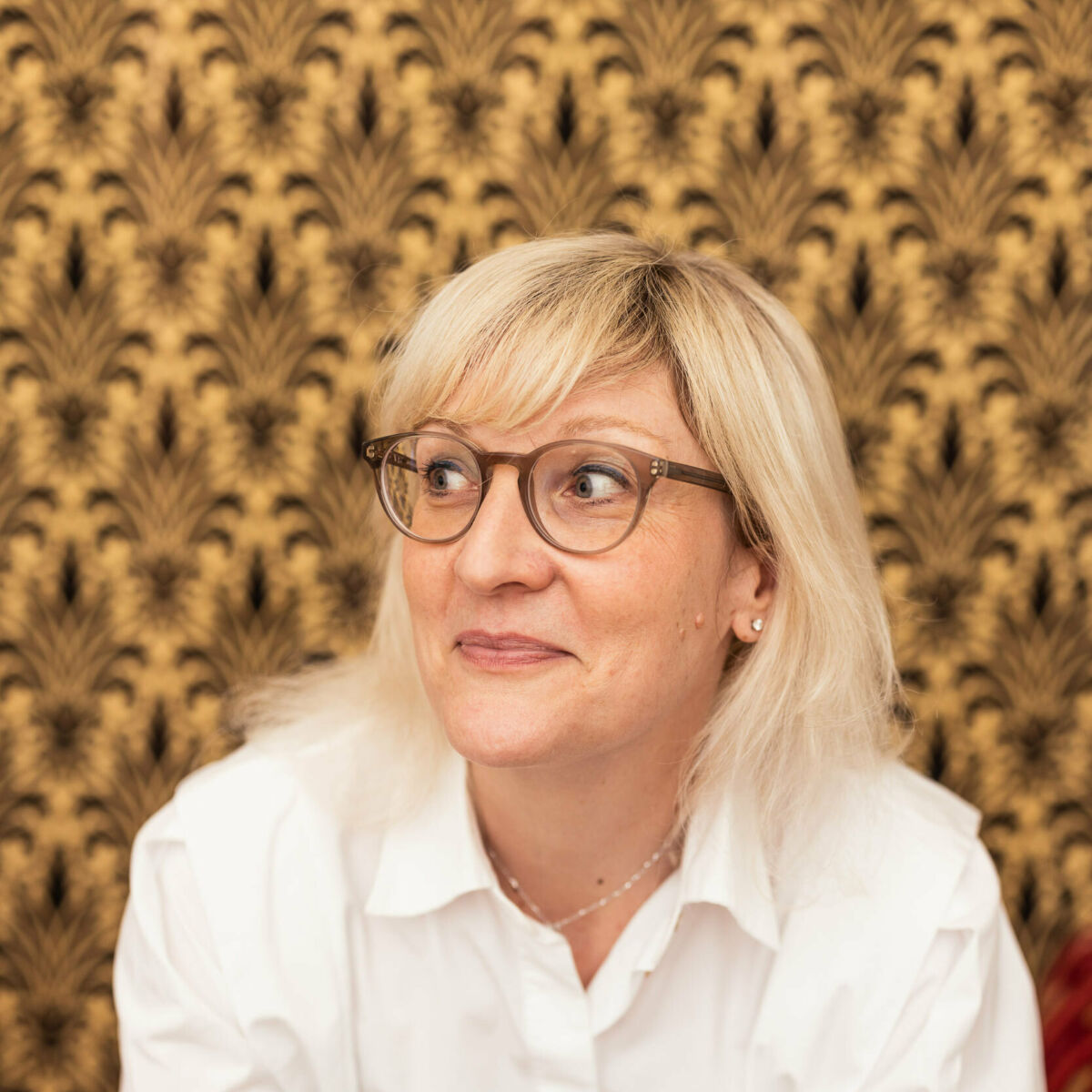 At Walder Wyss, Manuela Schlegel, the HR Manager, is responsible for the human side of things. At home, her focus is more on animals. At the heart of her interior design is a boar.

The trams rush into the Höschgasse stop in a blur of blue and white.
Manuela Schlegel stands a few floors up in her office, holding her
smartphone. “Where is Mr Lehmann?” she asks more to herself than to the
visitor in her office. Her thumb swipes forwards and backwards across
the display. With each swipe, it becomes clearer: if there is one thing
Mr Lehmann is good at, it is camouflage.

Seven days later. “There is Mr Lehmann”, says Schlegel while pointing to a mirrored cabinet in the corner. Just a few centimetres separate the wild boar’s fur from the ceiling of her flat. Manuela Schlegel’s living space appears to be competing with a zoo. A zebra lies on the floor. A duck stands on a stool. Here a fox, there a squirrel, there a woodpecker. Unlike the zoo, however, there is not a lot of life in Schlegel’s house. All the animals are stuffed.

“Some of my friends find it weird”, she says. At first so did her current partner, who lives in the flat opposite. But just as Manuela Schlegel was the decision-maker behind the dynamic distance in their relationship, she also makes all choices around interior design. There is something to discover on every wall and dresser – Japanese paper art, wallpaper reminiscent of the Palace of Versailles – as well as the animals, of course.

«Is your boar called Mr Lehmann?»

Schlegel has been pursuing her aesthetic instinct for years. It is what has driven her to second-hand shops in Switzerland, to the Zurich flea markets and eventually to the focus of her collection: Mr Lehmann. It was sometime in the 21st century, certainly after 9/11 and the fall of Lehman Brothers, when the boar came into her life. 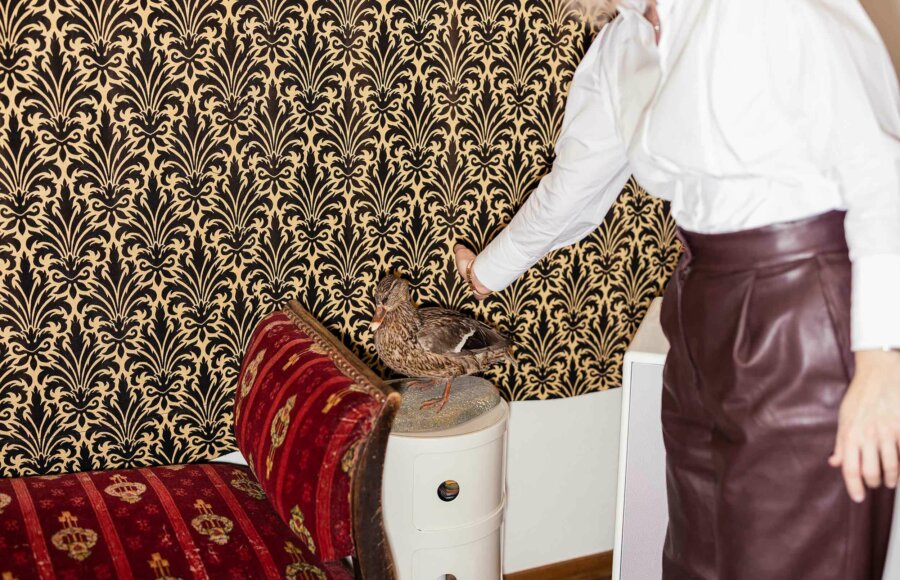 “People had found out about my passion for animals”, recalls Manuela Schlegel on a summer’s day. She was sitting with friends in front of the local second-hand shop where she bought her first animals as a joke. “A friend asked if I wanted a wild boar.” A little while later she took the boar in the boot of her white Saab 900 from Lenzburg to Zurich, but it was so big that she could not get it into her flat herself. The animal stayed in the boot for a few days – where it received a mixed response. A stranger gave Schlegel a thumbs up while overtaking her. In the car park, a guy she knew saw it as nothing more than an annoying animal. Thumbs down.

The animal stayed in the boot for a few days – where it received a mixed response.

But Manuela Schlegel was just taking a small-scale approach to what others have done on a large scale for a long time. The artist Iris Schieferstein makes shoes from real horse hooves, which are loved by Lady Gaga. Taxidermist Reid Peppard attracts worldwide attention with her “Roadkill Art”. Knowing this, it is clear to see that the HR Manager is playing in her own league. She does not have her eye on the USA and is not fussed about gaining the attention of Art Basel – and certainly not of Miami. She would prefer to stay here where she is known, and continue a Zurich art tradition. Even if she herself would probably never say it, Manuela Schlegel is an applied Dadaist. Is there anything she is missing? “I would not say no to a bear.”

There are only two questions left to be answered. What does Schlegel think of living animals? “I would like to have a dachshund and a Rhodesian Ridgeback, but it is difficult in the city.” And how did the boar get its name? Manuela Schlegel put the former boar owner into her contacts as “Lehmann Boar”. When her phone rang and “Lehmann Boar” appeared on the display, someone asked: “Is your boar called Mr Lehmann?”

has been working in the Human Resources department at Walder Wyss since April 2018. If the lawyers are the brain of the firm, then Human Resources are certainly its heart. With every new arrival, with every new hire, Manuela Schlegel pumps the necessary contracts into the firm’s bloodstream; with every departure, she steps in again and interrupts the cycle. And between the beginning and the end, every month she makes sure that the accounts of all 400 or so employees in Zurich, Geneva, Basel, Berne, Lausanne and Lugano are evenly balanced.

Paintings of skulls at Walder Wyss