At the WOW store 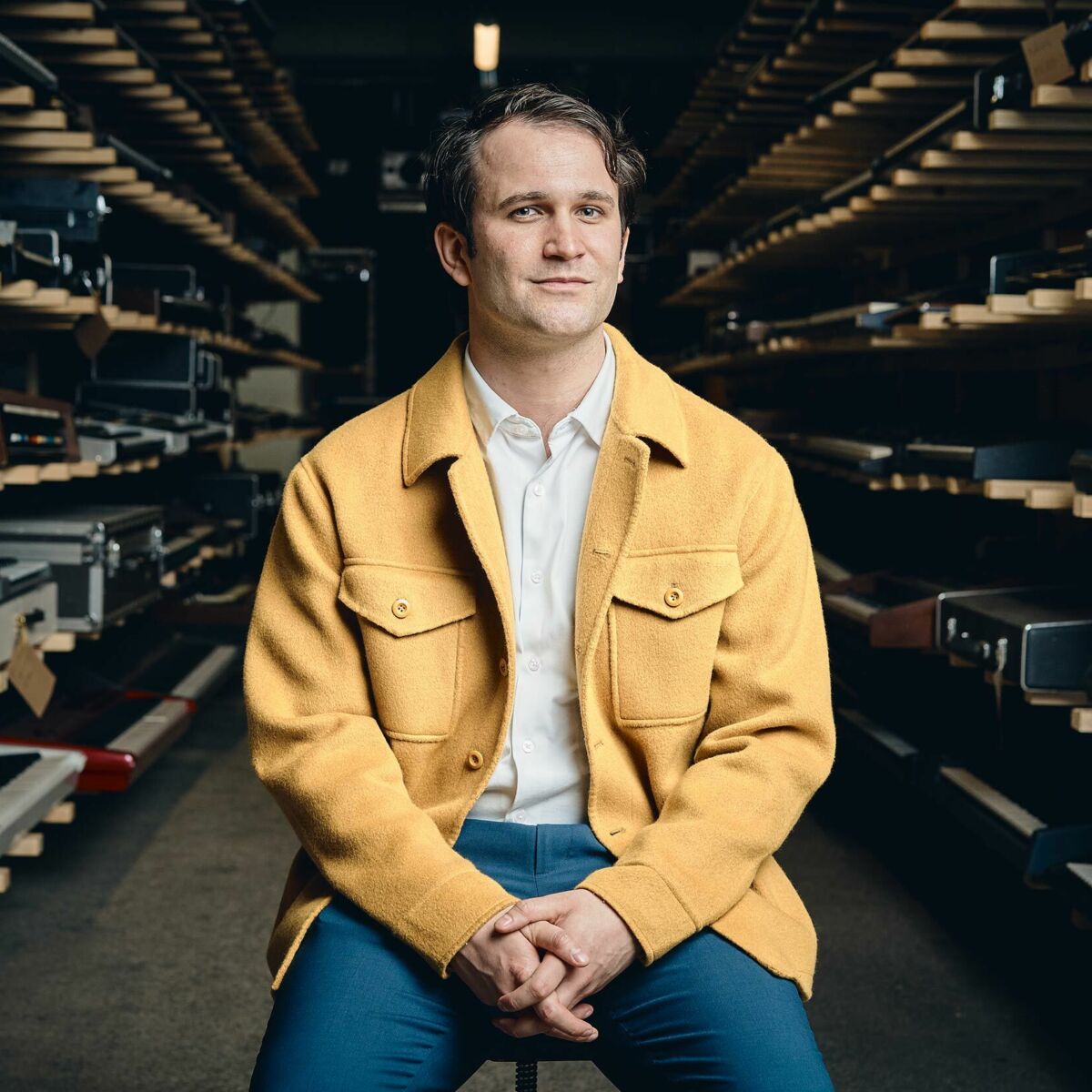 Fribourg is home to one of the world’s largest collections of synthesizers. In this storehouse of electronic music, even Léo Reber, associate at Walder Wyss in Geneva, briefly loses his composure.

Standing at the closed red door, Léo Reber becomes the musician Alexandre Tissot. A moment ago he was a lawyer with a slightly oversized black briefcase. Now he shields his eyes with his hands so that he can see through the glass door into the SMEM, the Swiss Museum for Electronic Music Instruments in Fribourg. A “wow” escapes him – but what is in front of him is just a very small part of the spectacle that awaits Léo Reber today. This morning, he will discover his new favourite place.

When Léo Reber opens his black metal case, he becomes Alexandre Tissot. He unlocks sounds from the electronic modules that are screwed and cabled inside. This modular synthesizer, or modular synth for short, is Tissot’s briefcase-sized band. It usually plays exclusive gigs for Léo. He plugs in his headphones, turns the dials and small lights flash in an array of colours as he dances. It looks as though he himself is wired into the case.

This morning, he will discover his new favourite place.

The SMEM is a pretty crazy place, or rather two crazy places. There is the tiled playroom behind the red door. In the past, this is where the lorries from the Cardinal brewery were washed. Today, there are a selection of electronic instruments which visitors are invited to play. And then there is the showroom. It is difficult to describe the objects stacked along the long wooden shelves in this huge cellar. For Léo Reber, just one word is enough: “Wow!” He repeats this regularly.

Ninety percent of what is on display – and there is a lot – belongs to one collector. He has loaned his collection to the SMEM. There are several thousand synthesizers, organs, mixers, recorders and children’s instruments. On the shelves, there are rows of well-known brands including Wurlitzer, Korg and Roland alongside Soviet models, Japanese instruments and unique pieces from Poland. At the very back of the workshop, which contains a huge stock of spare parts, is an Italian Novachord from 1938 which is currently being refurbished.

There are also two giant Yamaha synthesizers. The 70s spaceships must cost at least 100,000 dollars each. Reber feels magically drawn to these things. He sits down, throws back his yellow jacket like a concert pianist throwing back his tails and starts laughing loudly. It is just all a bit absurd. 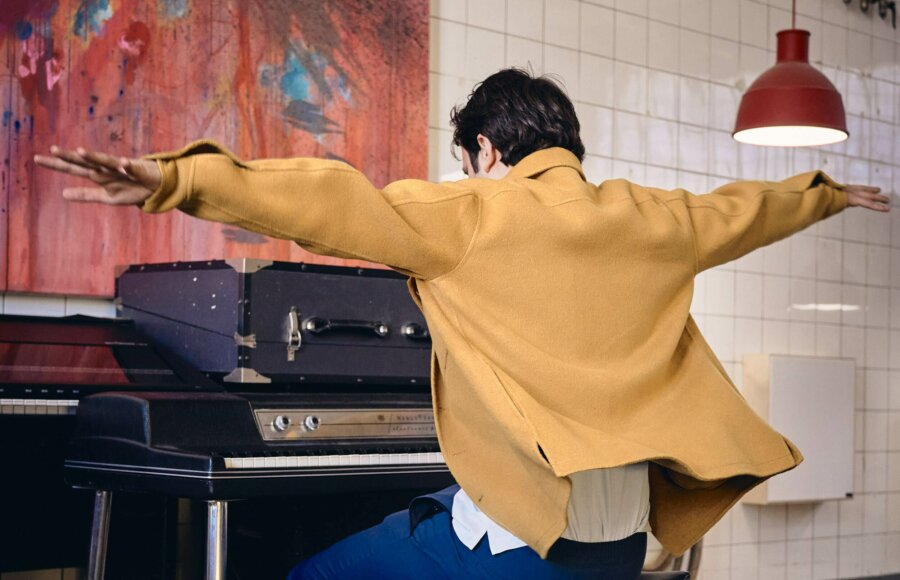 Léo Reber and music have a long history together. It starts with a guitar and travels through the music academy in Los Angeles to parties with the singer of the Canadian punk rock band Sum 41. Léo Reber found his way to synthesizers through the guitar. He bought a new pedal to create loops and further modulated them. He was fascinated and wanted to learn more, so he bought another part and then another – and then eventually the case. He now owns about thirty modules, which he screws into his case in various combinations. Having a band in a briefcase has many advantages, says Reber. There are no scheduling rehearsals, no stuffy, smelly practice rooms and most importantly, “No one to tell you what is good and what is not.”

Léo Reber has uploaded a video to YouTube. His friends stir a fondue, while Alexandre Tissot creates melodies that guide the way forward. The search for interesting sounds is never-ending. It is an infinite journey into different sonic worlds. He loves to tune out and dive into these soundscapes. After another small set in the playroom, Alexandre Tissot closes his case happily. He is back to being a tax lawyer and needs to catch a train back to Geneva. With his oversized case, he sets off in a hurry, modulating tax rates and constructs.

has been working as a tax lawyer at Walder Wyss in Geneva since 2019. Before he decided to study law, he was studying music in Los Angeles. Guitar was his instrument back then. Punk rock was his style, and to be a rock star was his dream. But he gave it all up in favour of the law. Since then, the 30-year-old has spent his free time discovering electronic music and synthesizers and developed a passion for Japan. He was able to complete part of his studies at Doshisha University in Kyoto and worked in a commercial law firm in Osaka as well as the Swiss Embassy in Tokyo, where he met his Japanese fiancée.