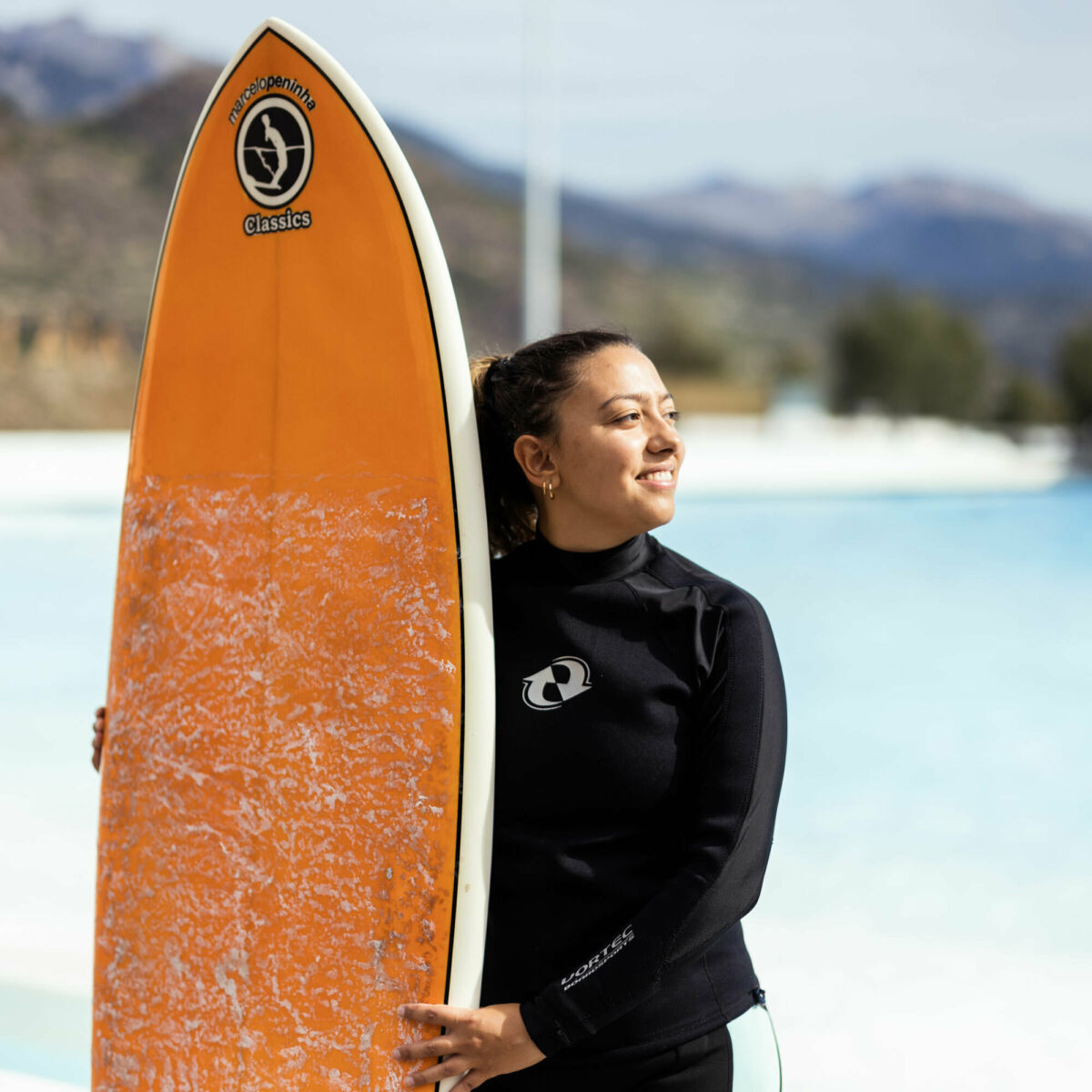 Surfing in Rio de Janeiro is much more than just surfing, states Nicole Pfister. It's about waiting for the wave. Forgetting about the passing of time when you’re out on the water. She sits on her board, sways upwards and down, talks to other surfers, lingers on her thoughts until at some point the wave comes, her wave. Nicole Pfister catches it – or does not. No matter, the next one is bound to come. 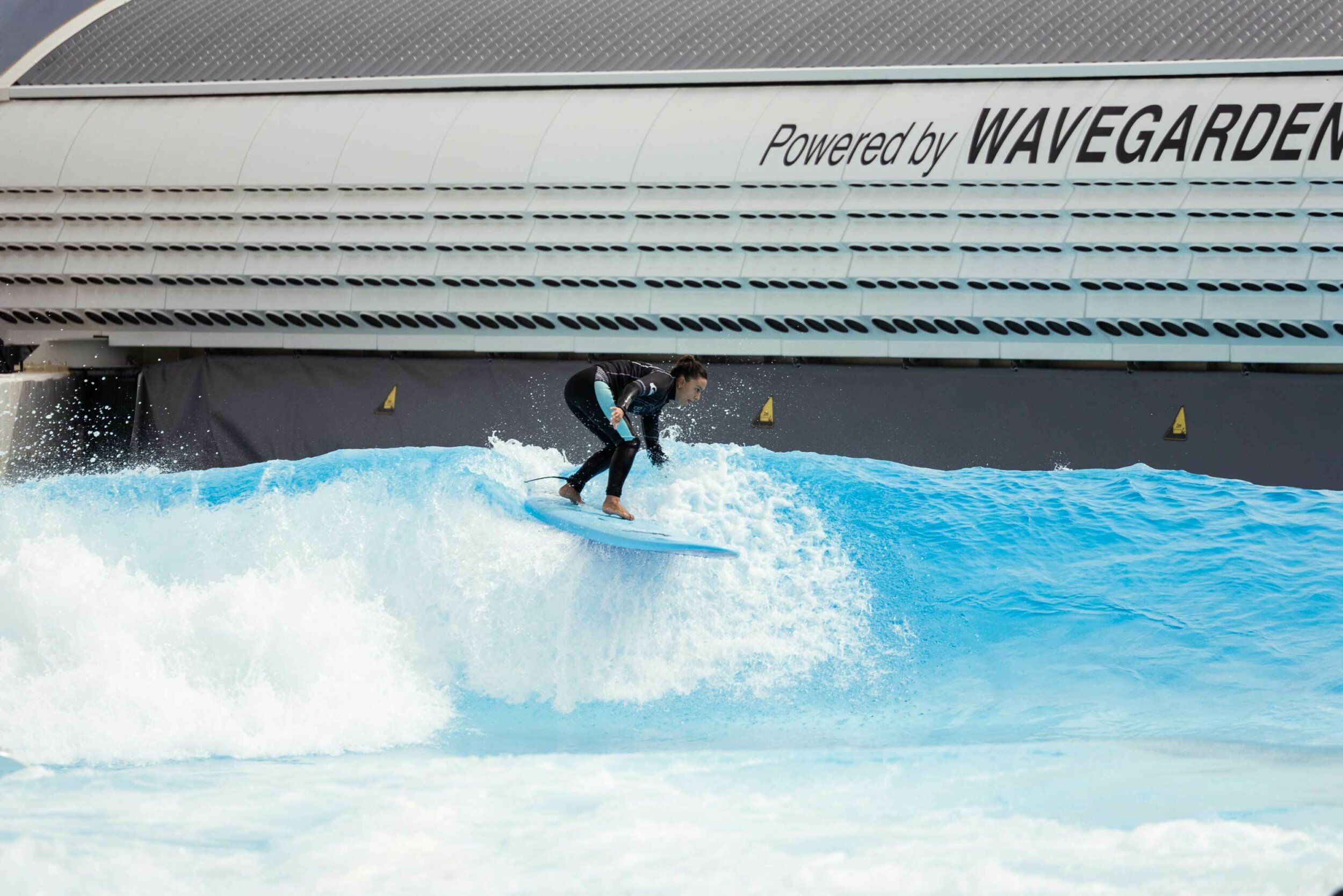 Here and now, surfing is just surfing. At Alaïa Bay in Sion, you can't rock the waves for too long, otherwise time will fly and the other surfers will get impatient. Everyone waits their turn, the water is smooth like a mirror and unnaturally clear. Then it sounds as if a fast train were approaching: a high, persistent whistle. From one moment to the next, huge waves build up in the corner. Just one for each of the ten surfers in a session, then the water has to calm down before the next set begins. More than 160 waves roll through the pool in an hour. This significantly increases the pressure to catch the next wave. "You have to be careful not to stress yourself," as Nicole Pfister sums up the experience as she gets out of the water.

Always fascinated by the power of the sea, she never felt fear.

Nicole Pfister's mother comes from one of the most popular districts in Rio. Nicole herself grew up in Zurich. Every couple of years, the family flew to Brazil for a few weeks for holiday. The sea and the waves attracted them "almost magically". Always fascinated by the power of the sea, she never felt fear. On the beach of Ipanema, Nicole started surfing as a ten-year-old girl. She missed countless waves; she was flushed several times before she finally stood on the board for the first time. She wanted to find this feeling – "comparable to flying" – again and again afterwards. “It’s like smoking pot in earlier days," as Nicole describes it, "you just become completely happy."

This sensation is not immediately perceptible in Valais. Again and again, Nicole gets washed away. Th mere power of the waves, however, is also impressive in the artificial wave pool. As the people of Alaïa Bay tend to say: it takes some experience. Not all waves are the same. They don't roll in from afar, but suddenly just appear. The pros in Nicole’s group hardly paddle at all, two or three strokes with their arms and they get up onto the board. Nicole, on the other hand, paddles wildly – only to miss the wave after all. Towards the end of the session, however, she finds her wave. The feeling of flying … it lasts for a few seconds, but then gives way to the feeling of splashing into the water.

has been working for Walder Wyss in Zürich for almost four years. First, she worked in the field of human resources, today she supports lawyers as a paralegal, among other things. The 23-year-old is also responsible for the training of health and safety apprentices and administers the final apprenticeship examinations. She leaned to surf in Rio de Janeiro, where her mother is from. For this text she was at Alaïa Bay in Sion for the first time.

A trip to India

Monday ride across the Röstigraben